As we left Ranthambore, I scanned through the Tiger shots on my camera and I’m sure Pete was getting a bit bored after seeing 20 in a row with no discernible difference.  Good times though, we both felt incredibly lucky to have had the experience….and we knew our next stop was Agra and the Taj Mahal!, but we had no idea what an impact viewing this spectacle would have on us.

We had also taken a different approach to accommodation in Agra, with an ever popular ‘homestay’ option.  After some research we opted for the highly recommended Coral Tree Homestay, http://thecoraltreehomestay.com and it was just what we needed after almost 2 weeks on the road.  A family run affair, with vibrant and welcoming decoration and yummy home-cooked breakfast and dinners.  It was also a nice interval to share meals with other travellers and compare notes as to where everyone has been and what lay ahead – something we haven’t done since backpacking through Southern Africa a number of years ago.  Definitely a primo location with less than a 10 minute stroll to the gate of the Taj.

Who knew there was a Baby Taj….or Tomb of I’timād-ud-Daulah, as it’s officially known?, certainly not us until we found out it was part of the entrance fee to the Taj Mahal.  Located on the Yamuna River, this Mughal mausoleum is said to be the “draft” of the Taj Mahal and we found it to be a quiet place to wander for a while, and admire the intricate marble/precious stone designs similar to others we have already seen on the trip so far.

Of course, when the camera comes out, the kiddos are sure to follow soon after and this school part were particularly keen on achieving the right pose! 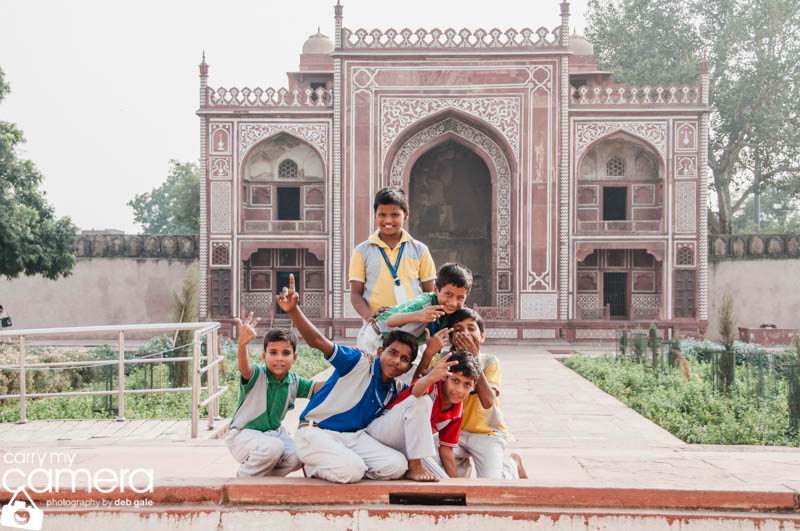 Looking out over the Yamuna River through the smog, which seemed to plague most of the major cities we visited. 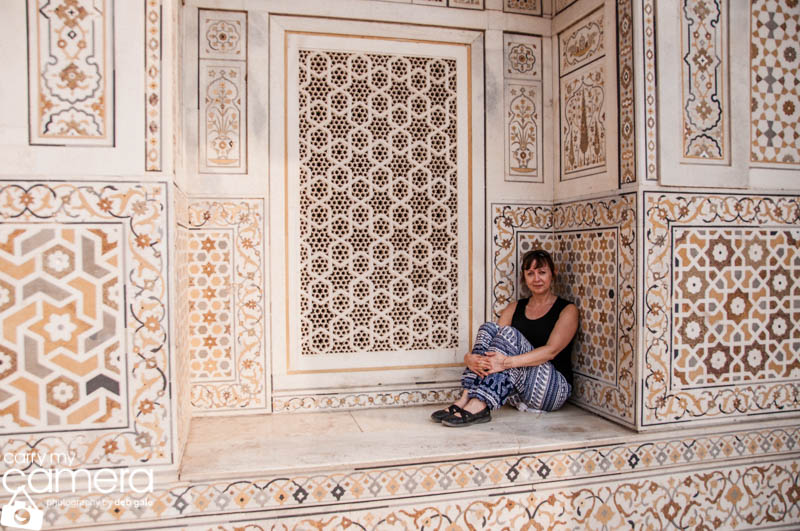 We also visited the Unesco World Heritage site; Agra Fort, and while another amazing structure without a doubt, we were getting a little “forted out”, so balanced the time between reading the various information boards and people watching, particularly trying to figure out what people were watching!

I just couldn’t resist trying to capture all the vibrant colours that presented at every turn of the eye. 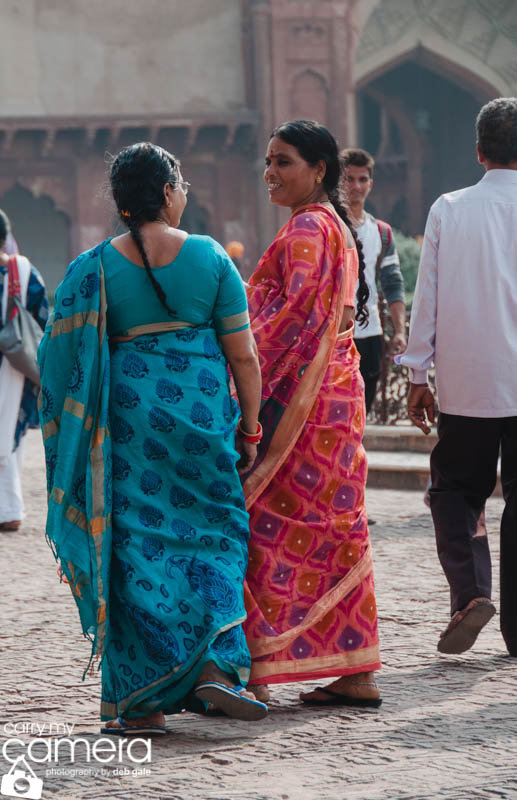 Looks like someone else was getting a bit “forted out” too! 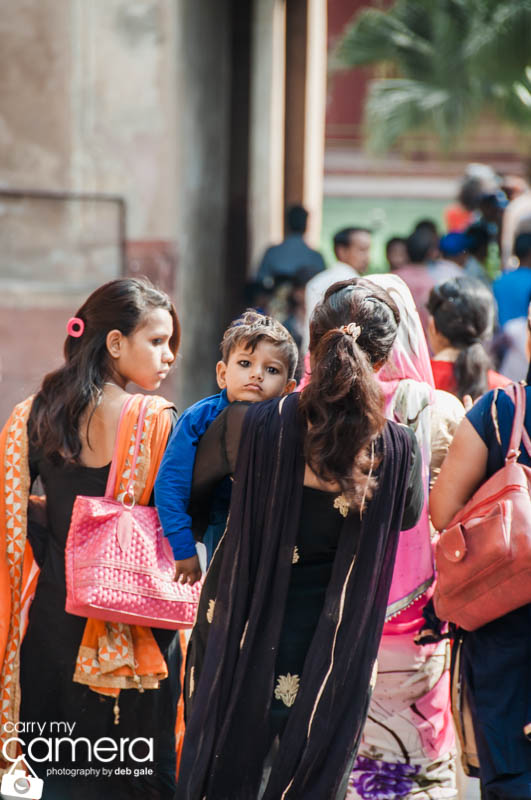 From the Agra Fort we had a clear view of the Taj Mahal off in the smoggy distance, it really must be quite a maintenance schedule to keep it looking so pristine….you’ll see what I mean in some of the following shots. 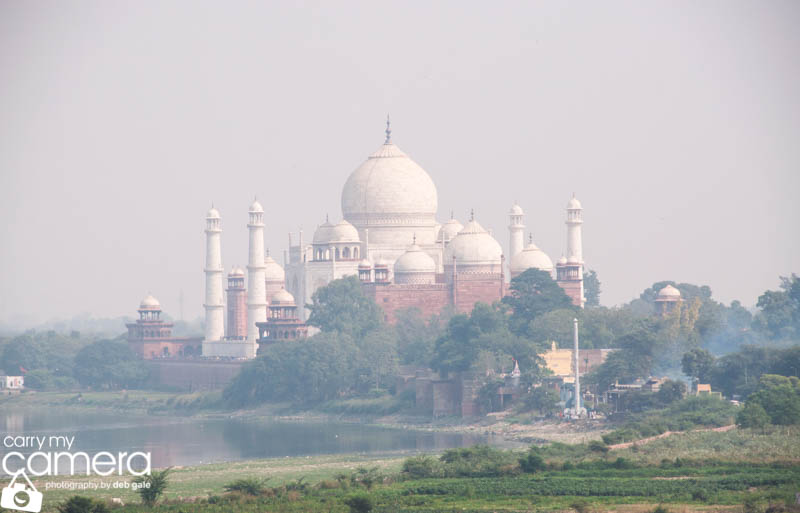 The exciting moment when we were about to walk through the gate to get up close and personal with THE one and only Taj Mahal. 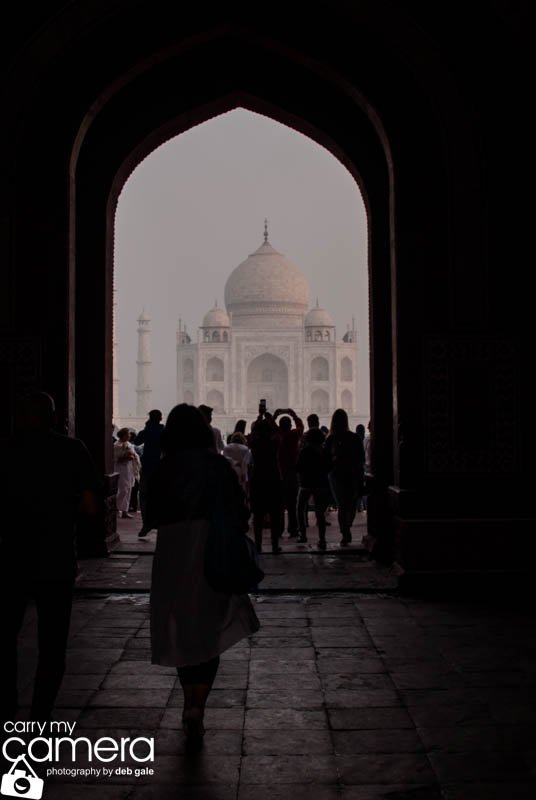 Wow….to say we were blown away would be an understatement of the year, we were in fact overwhelmed and it’s hard to put in words but there is ethereal beauty about it.

I wish I could adequately portray the glow of the inlaid ‘Firestone’ and other precious stone and marble, but it was impossible (for me anyway)…..that said, if you look just under the far right turret below, perhaps you can see sparkle of the early morning light on the design work? 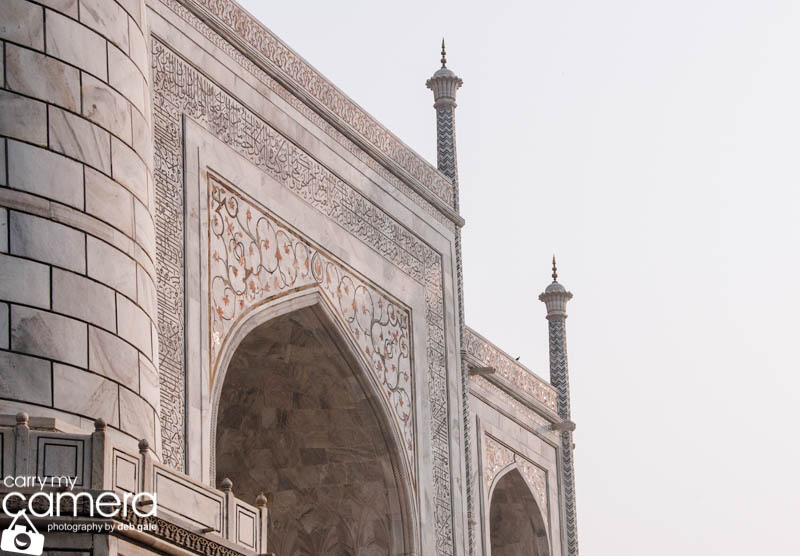 For those of you who don’t know the story, here’s the Cole’s notes…..this UNESCO World Heritage Site (also named one of the New Seven Wonders of the World) was constructed between 1643-1653 by the Mughal emperor, Shah Jahan (who reigned from 1628 to 1658), to be the house the tomb of his favourite wife, Mumtaz Mahal. The construction project employed some 20,000 artisans under the guidance of a board of architects led by the court architect to the emperor, Ustad Ahmad Lahauri.

We were so impressed by our guided sunrise tour of the Taj that we headed back the next afternoon to wander around at our own leisure.  As a photographer I’m well aware of the colour and softness of light at different times of day, and typically sunrise or golden hour/sunset, are the best windows for most photos.  That said, the majestic Taj did not disappoint even in the harsh 1:00 pm afternoon sun, the people colours popped in its backdrop. 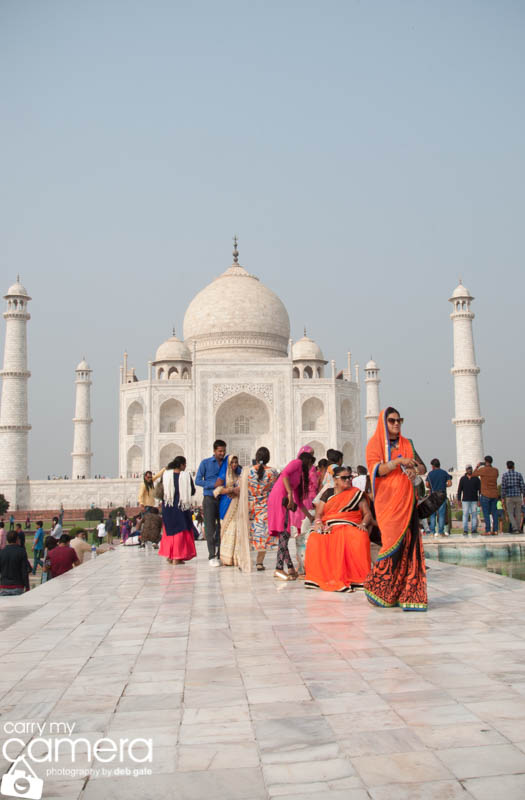 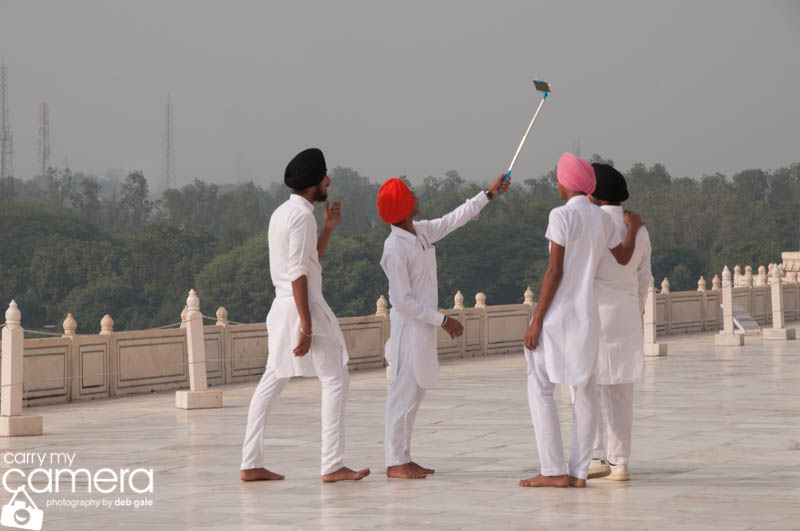 …..and the classic sunglasses shot!  Cheesy I know, but it’s not everyday you get the Taj Mahal reflection.

No matter how many times we’ve seen this gem in magazines, on post cards and TV, there really is no substitute for seeing it with your own eyes if you ever have the opportunity.

After 13 days and I haven’t even tried to calculate the miles, we said goodbye to our driver Ravi in Agra.  Next stop, an overnight train to Varanasi to take in the Ganges and everything that comes with it. 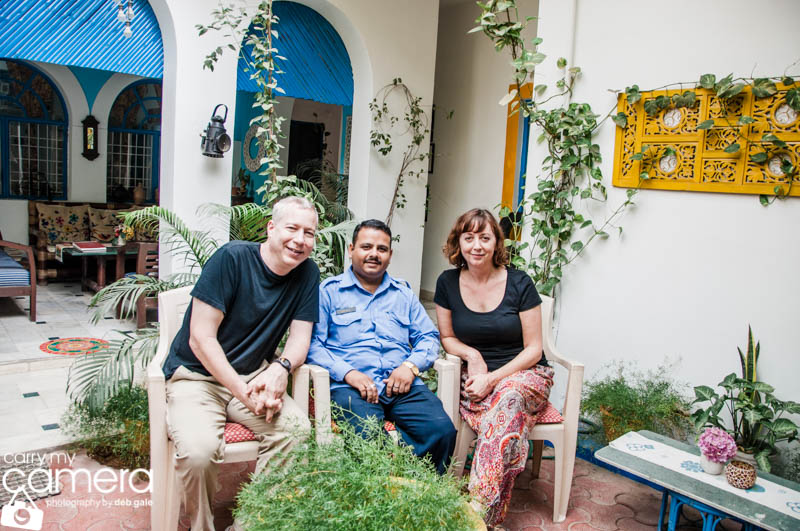