India has been on our bucket list for a number of years, and so you can imagine how stoked we were after 10 months of planning, to hop on a direct flight from Vancouver to Delhi to begin our month-long journey.  Approximately 15 hours later we arrived, somewhat dishevelled given we don’t (can’t) fly up front in the posh seats, and wandered around Delhi airport at 2:00 am trying to locate Ravi, who would be our driver for the next 13 days. It never ceases to amaze us that you can so quickly be on the other side of the world, surrounded by unfamiliar sounds, smells and sights, and in an ambient temperature 30 degrees celsius higher than what we had left behind.  Given it was the dead of night, exploration would have to wait until the next day.

We had arranged to be in Delhi for just 3 days to acclimatize and get over jet lag, so took advantage of seeing some of the highlights from our central base at the Hotel Bright  http://hotelbrightdelhi.in in Connaught Place.  It’s surprising how much ground one can cover, although much of the time was spent idling in Delhi traffic jams. 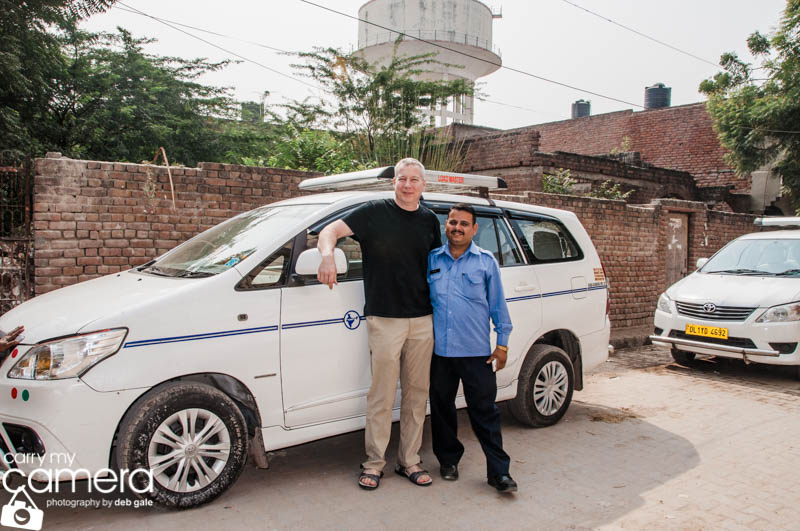 India Gate: a memorial to 70,000 soldiers of the Indian Army who died in the period 1914–21, and a popular gathering place for locals and tourists alike, most of whom are Indian nationals. 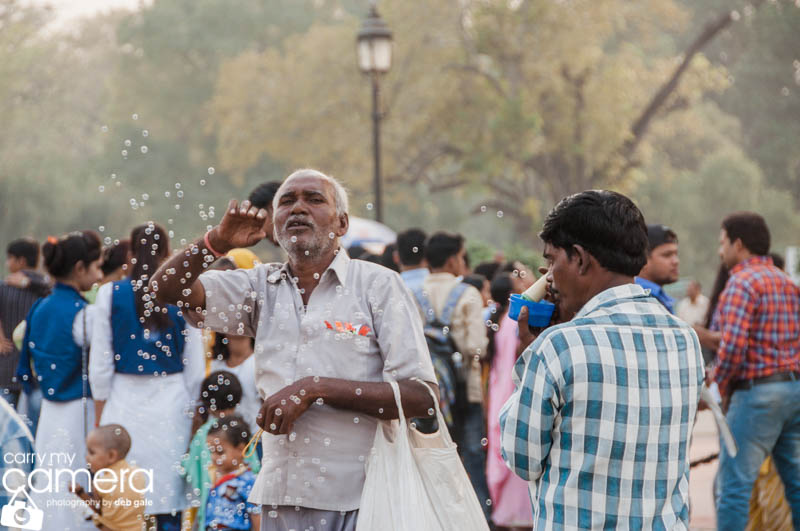 Typical Delhi road scape and this isn’t even rush hour! 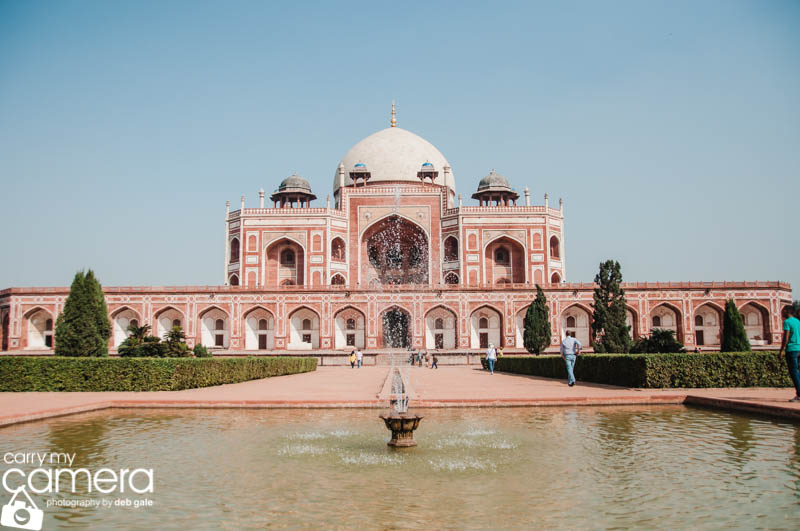 Humayun’s Tomb:  the first of the Mughal empire architecture in India, built in 1572 to house the mortal remains of Humayun, the second Mughal Emperor of India.  It’s really incredible how well preserved this structure is.

The next few shots are of the craziness that is Chandni Chowk (Moonlight Square), which is one of the oldest and busiest markets in Old Delhi.  You can find just about anything in the intricate winding labyrinth of streets and alleyways, and it’s definitely the part of town to hit for a bargain, as we found out when shopping for some cool Indian clothes for Pete. 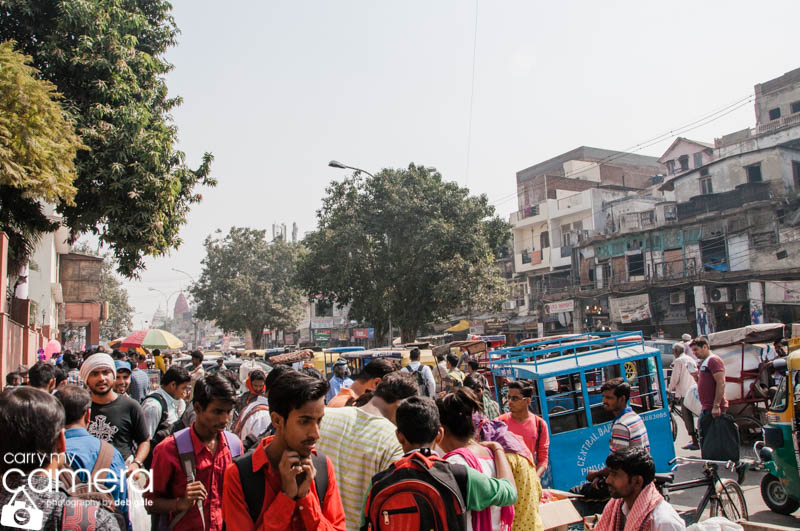 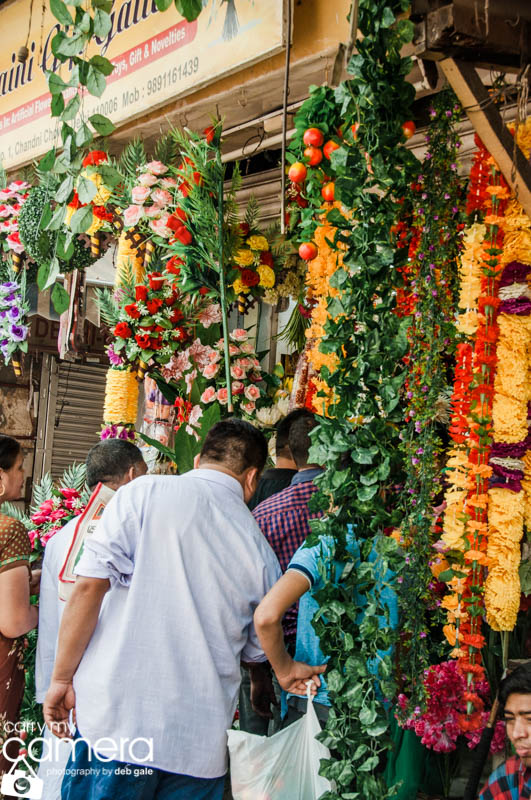 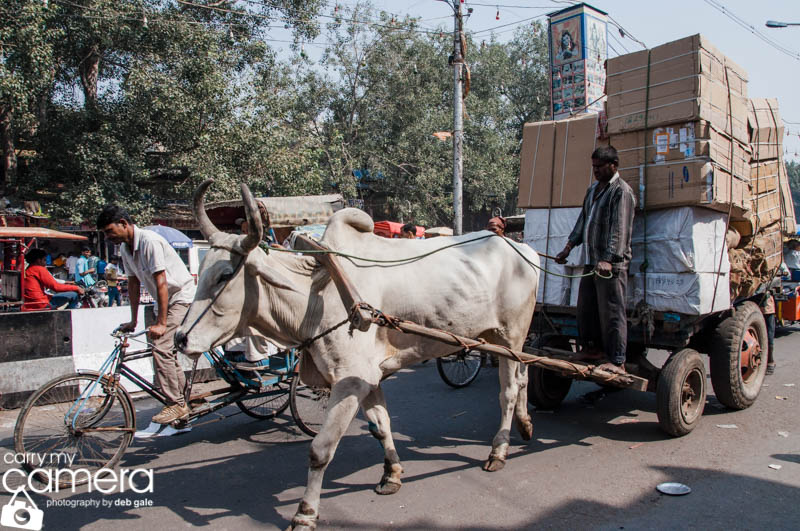 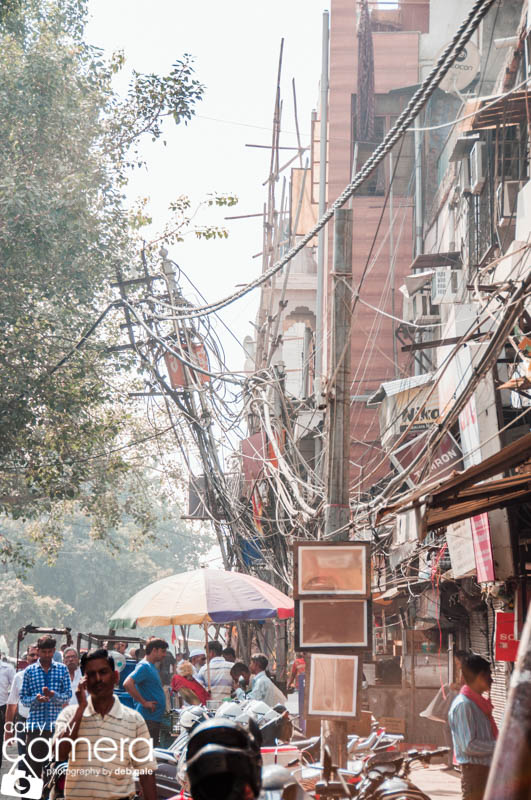 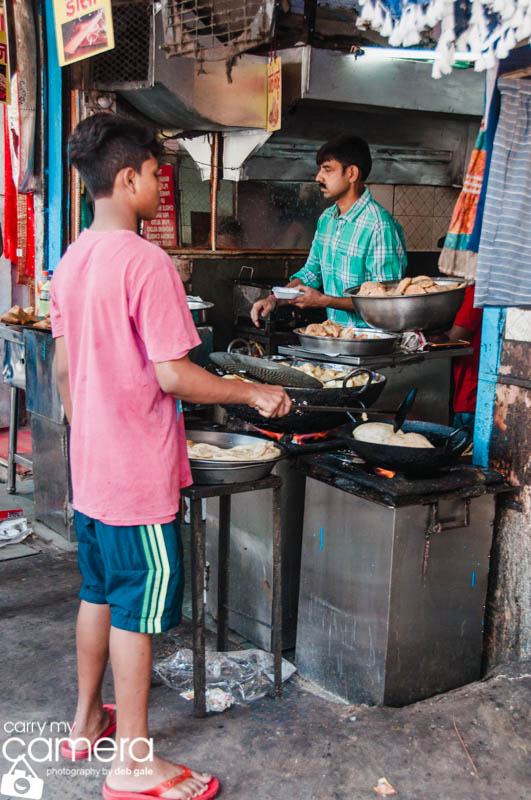 Fresh squeezed lemonade to order.  The sheer volume of people in India lends itself to manual labour where you might otherwise expect something to be automated.  Even road signs are hand-painted in many areas if you can believe.

I wanted Pete to purchase a cute little outfit like these dudes are donning, but he wouldn’t go for it 😉 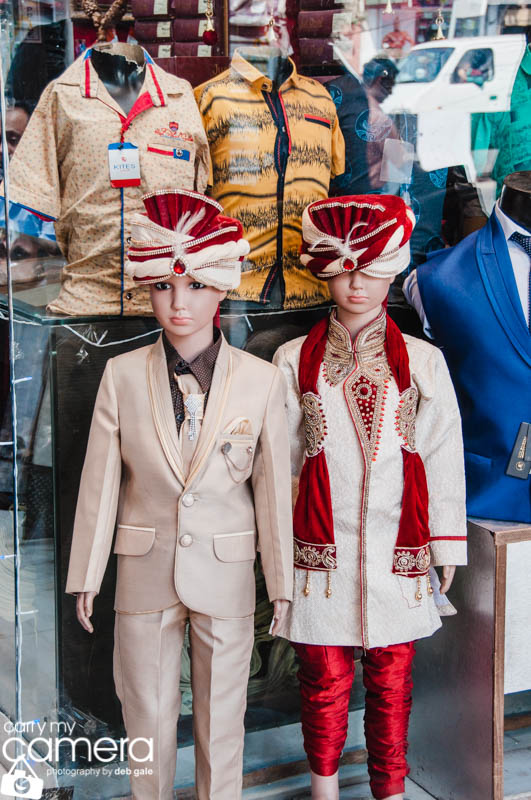 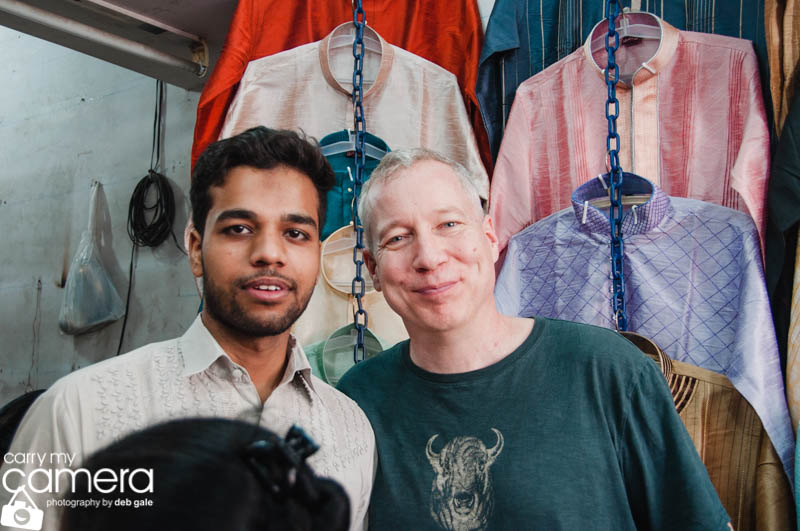 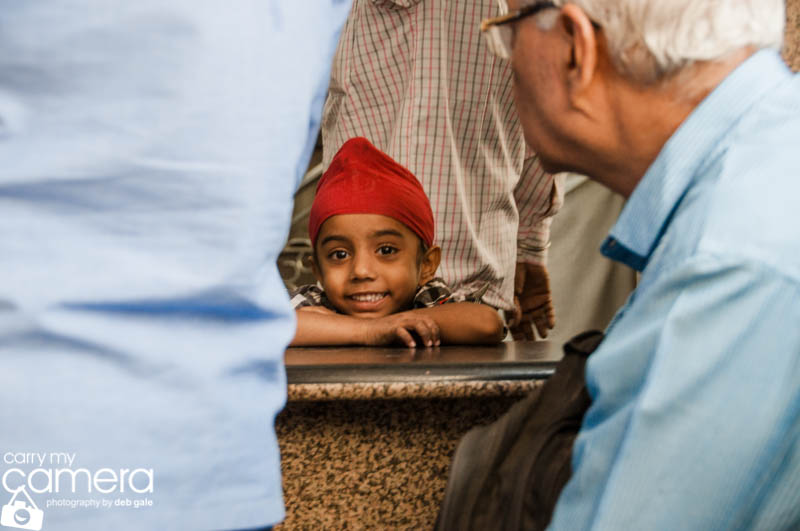 Having a driver of Sikh religion meant that we were able to take advantage of his prayer pit stop at the Shri Digambar Jain Lal Mandir, in Chandni Chowk, which was a pretty cool experience.  The young gentleman in the picture above was thrilled to take and store the shoes of a couple of pasty foreigners. 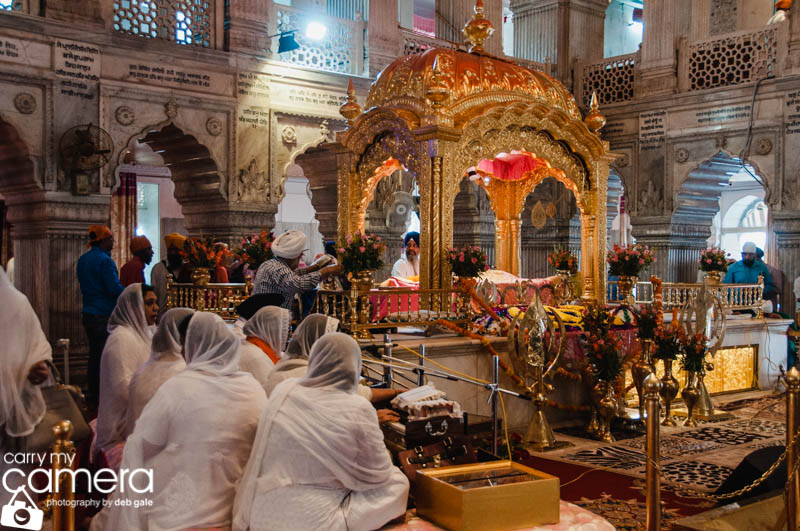 A pretty typical sight was to see a Tuk Tuk (Auto) driver’s cabin decked out with marigold garlands, images of their favourite Gods and family pictures…it’s important to take the things that matter with you when you spend such a significant part of your life stuck in demoralizing traffic jams. 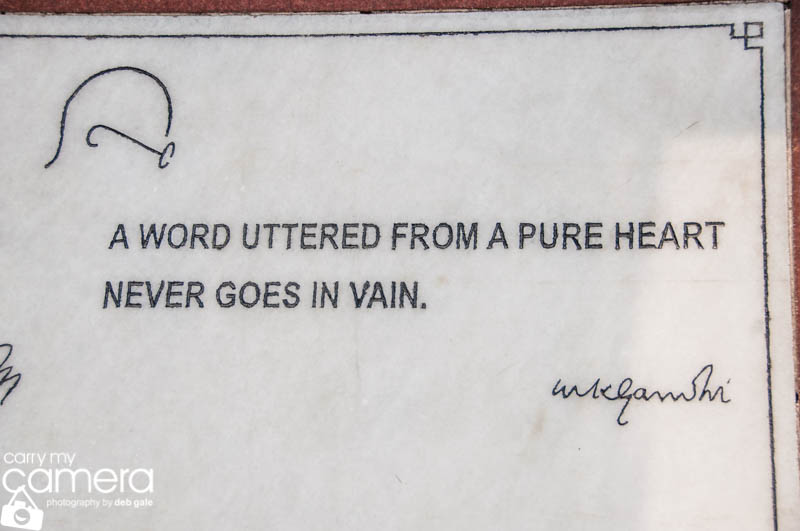 A visit to the Raj Ghan, Mahatma Ghandi monument in Delhi was very grounding for us.  Located on the banks of the Yamuna River and housing Ghandi’s ashes, the eternal flame burns hot and bright, and ironically so do your feet as removal of footwear is mandatory before entering the complex. 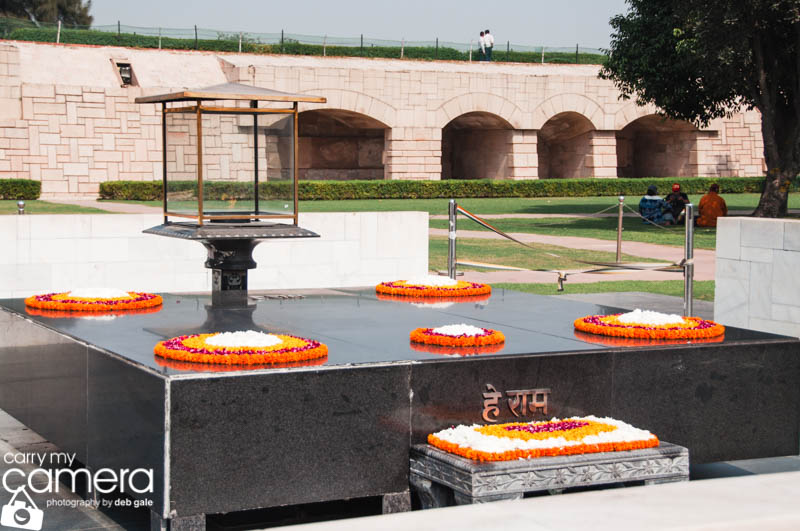 The monument is a popular day trip destination for local school kids who find they’ve hit a double word score with white foreigners on site too!

We enjoyed some wonderful Indian flavours on our last night in Delhi, followed by dancing with some locals (picked up a few Bollywood moves) before heading to our next destination, Jaipur, early the next morning, with somewhat foggy demeanours.