I’m guessing I’m one of the few people in the 1st world who still doesn’t own an ‘iPhone’ or one of the other neat devices with which you can create an ‘Instagram’ photo, and I certainly don’t see a purchase on the horizon in the near future (I have a work BlackBerry after all).  This said, and although I spend a fair amount of effort and time trying to take interesting and technically sound shots, I do like the funky look of the ‘Instagram’ images I’ve seen.  I think the reason they resonate with me is the nostalgic look of the popular Polaroid images I recall from growing up in the 1970s, that evoke memories of the mind-blowing way the camera regurgitated a blank piece of paper, that magically developed into the photo right before your bewildered eyes.  Pretty darn cool and immensely satisfying.

I wouldn’t have gone out of my way to try to pick up an old Polaroid camera, but when I came across an article recently describing some free software that creates the same effect (Poladroid Image Maker – www.poladroid.net), I quickly downloaded and have been experimenting with some images I already had to hand.  Like the original Polaroids, the process is the same but on a computer and the results are also the same i.e.; not the best quality…but it’s fun!

If you want to give it a try, just download the software and you’ll have an icon that looks like a Polaroid camera, drag and drop a jpg image from your files onto the camera and then watch as it pops out a blank photo which, like the ones from the 70s, develops while you watch.  Another parallel is that you can only drop 10 x images each time you open the program (just like the 10 shot cartridges the real thing took!), and you really never know what you’re going to get.  See the side-by-side comparison below of the two pigs eating, the first drop developed with a strong pink hue, so I did it again and got a completely different result!

I’d be interested to see what kind of results your experimentation yields! 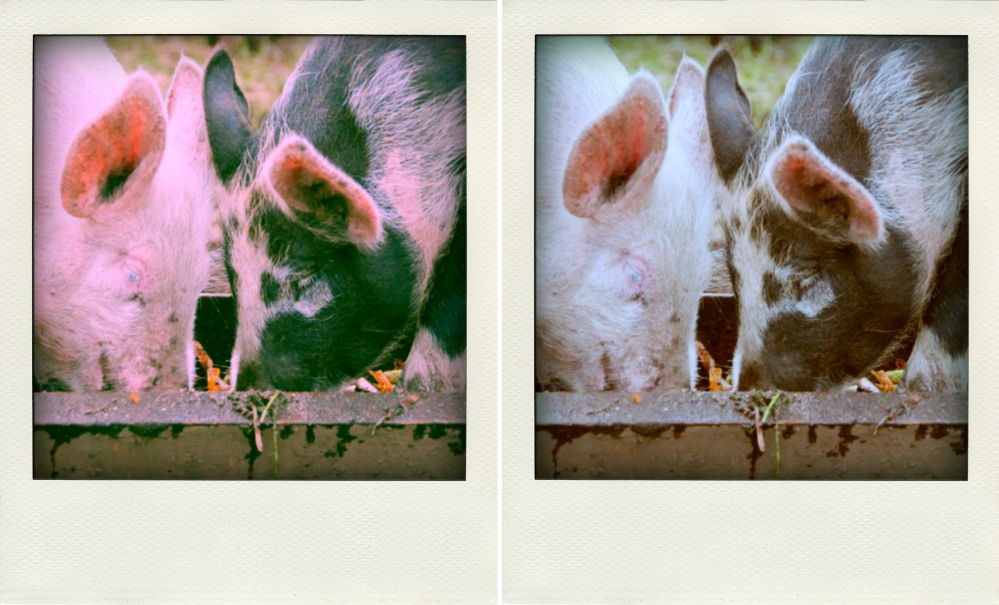 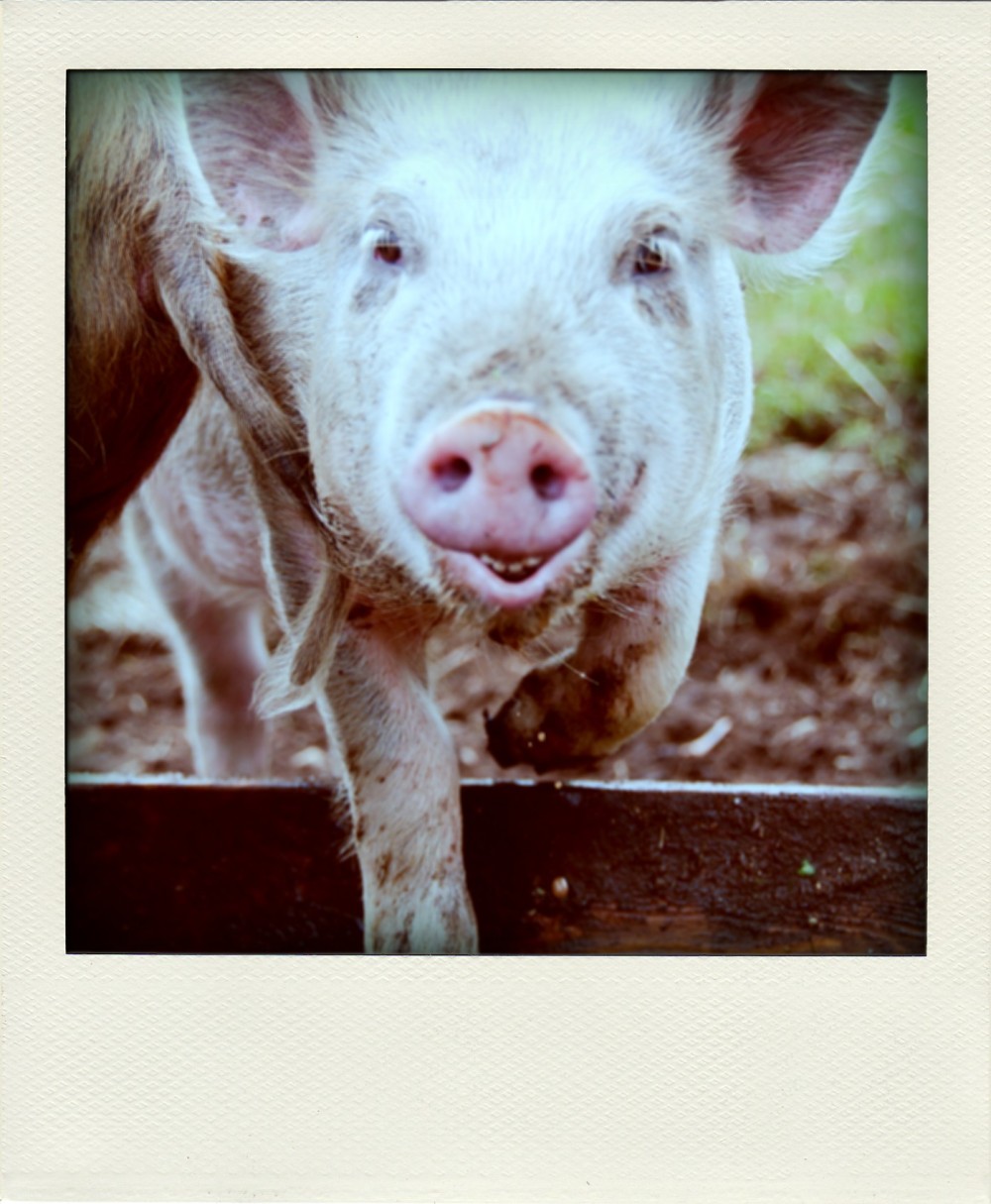